5 Questions with an LGBT+ KKR Champion

5 Questions with an LGBT+ KKR Champion 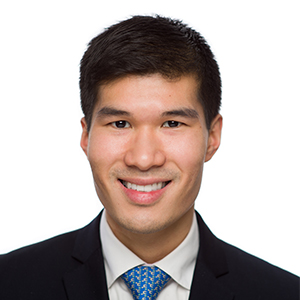 1. What does Pride Month mean to you and why is it important to celebrate?

While Pride Month is certainly a time of fun and festivities, I think it’s also about taking a moment to reflect on where we are as a community and how much we have to be grateful for. I am fortunate to live and work in a place that is supportive of LGBT+ rights, but there are many places in the U.S. and globally where it is still very difficult and even dangerous to be openly LGBT+. For me, having a month dedicated to LGBT+ Pride is about creating cohesion, visibility and inspiration for all members of the community, and especially those struggling (both internally and externally) with this part of their identities.

2. At KKR, we strive to create a workplace where people comfortably bring their whole selves to work. What are your thoughts on the importance of people, LGBT+ or otherwise, being comfortable with who they are in the workplace?

I firmly believe that people are most productive and creative when they feel fully accepted in their workplaces. This can apply to anyone who does not necessarily “fit in” with perceived standards/norms for any number of reasons (including race, gender, and academic background). The LGBT+ community is somewhat distinct vs. other minority groups in that sexual orientation is not necessarily visible or obvious and in that sense can be hidden in order to blend in. Many LGBT+ folks spend significant effort “covering” their true identities and personalities by “acting straight;” for example, modifying their mannerisms and avoiding any discussion of their personal lives. This not only requires significant effort and takes a personal toll, but it also detracts from mindshare that is better spent on adding value to the workplace.

3. From your perspective, has the workforce – Wall Street in particular – changed over the years for LGBT+ employees? If so, how?

I would start by recognizing that we all stand on the shoulders of the brave leaders such as David Mixner and our own Ken Mehlman, who have blazed a trail for my ability to be an out executive on Wall Street or any street.

When I started working on Wall Street, I had a mentor who was not out to his senior leadership team because he feared it could hurt his career trajectory. It was a time where it was not uncommon to hear derogatory language about LGBT+ in the workplace. That doesn’t happen as much today. While there was a fledgling community of LGBT+ executives on Wall Street, most firms still lagged behind in making them feel comfortable to be themselves at work.

Today, I think we have made significant progress with firms themselves emphasizing the need to be inclusive and with multiple organizations dedicated to supporting and empowering LGBT+ folks on Wall Street, including OutLeadership, O4U Business and ROMBA. I’m glad to work at a firm that has many strong partnerships with each of these organizations and has, repeatedly, received a perfect score of 100 on the Human Rights Campaign’s Corporate Equality Index.

That said, there is still significant room for improvement across Wall Street. There are still only a handful LGBT+ folks in senior leadership positions and I know there are still folks who think being out could be damaging to their careers.

4. How can someone be an ally to their LGBT+ co-workers?

Being an ally is very straightforward – all it means is supporting and valuing your LGBT+ colleagues in the same way you would anyone else. This can include visible means such as attending a Pride event or displaying something to show you are an ally.

Allies can also show their support in more subtle ways on a day-to-day basis. For example, a simple wording adjustment from asking about a team member’s “husband/wife” to “significant other/partner” can make a world of difference in terms of inclusivity. Importantly, there is no need or expectation for allies to have all the right language or background – all that matters is the intent and thoughtfulness around being inclusive and supportive.

5. What are topical issues that we should be aware of today as it relates to the LGBT+ community?

The fight continues and there are several important LGBT+ issues currently in play. Many of these are happening real-time and need our support: