Beyond the flashy headlines: Indonesia and the ‘Ring of Fire’

Beyond the flashy headlines: Indonesia and the ‘Ring of Fire’ 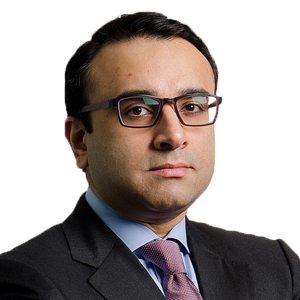 Ashish Shastry (Singapore) joined KKR in 2016 as a Partner and serves as the Co-Head of Private Equity for KKR Asia Pacific,...Read More

Indonesia is on the rise. Global investors — and KKR among them — are keen to tap into the market’s demographic shifts. The country has witnessed rising real GDP growth of approximately 5% over the past five years, with PwC projecting that Indonesia is on track to be one of the top five global economies by 2030. This is a compelling investment story, and paints a picture of an emerging market’s ascent.

However, these flashy headlines only tell part of the story: while Indonesia has been experiencing economic growth, 2018 was a very challenging year for the country and its people because of a series of devastating natural disasters.

Located on the ‘Ring of Fire,’ Indonesia is particularly susceptible to earthquakes, volcanic eruptions and tsunamis, and it had more than its fair share in 2018. It started with a series of large earthquakes near the island of Lombok in August. Then in September, an earthquake in Palu, Sulawesi triggered a deadly tsunami. The year ended with the underwater collapse of a volcano in the Sunda Straits that caused yet another fatal tsunami in northwest Java and southern Sumatra. The series of deadly events cost the lives and livelihoods of thousands. Millions have been displaced.

To me, Indonesia tells an important story in today’s world. Having grown up there, I believe that this country faces the challenges of a multi-ethnic emerging market with remarkable tolerance and farsightedness. The country has a secular constitution and a Muslim majority, and while Indonesia may not always strike the right balance between pluralism and assimilation — no country does — it serves as a model for moderate Islam. Furthermore, it’s a diverse nation of 17,000 islands, and over 300 ethnic groups and languages. The country’s motto, Bhinneka Tunggal Ika, or Unity in Diversity, says it all.

Jaka Prasetya and I both happened to grow up in Bandung, a beautiful city in the mountains of West Java. We often joke that the “Boys from Bandung” are running KKR Southeast Asia. But as boys growing up in Bandung, our most vivid memory from home is when Mount Galunggung erupted in 1982 and spread volcanic ash throughout our city for days. That was only a mild eruption compared to the devastating 2004 tsunami and the series of earthquakes and tsunamis experienced last year.

There is a massive relief and rebuilding effort that continues across Indonesia today, with the government graciously accepting help from friends overseas. Yet, given the scope of the destruction and the way that these disasters have touched people from all walks of life, there is much more to be done.

I’m proud to say that since January, KKR Cares has been running an internal disaster response campaign. Every member of our KKR Southeast Asia team has made a contribution to the Indonesian Red Cross and Red Crescent, and we have been joined by the founders of KKR, Henry Kravis and George Roberts, as well as many of our partners, colleagues and friends worldwide.

If you are in a position to contribute, please consider doing the same.