Building the Highways 2.0 – From Fibre Optic Internet to Telecom Towers

Building the Highways 2.0 – From Fibre Optic Internet to Telecom Towers 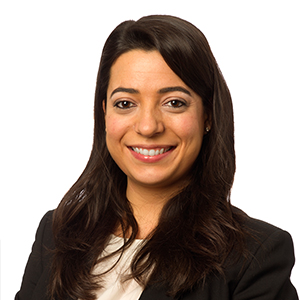 Cristina González (London) joined KKR in 2014 and is a Managing Director on the European Infrastructure team. At KKR, Ms. G...Read More

Year after year, data demand has increased exponentially, as society becomes more and more reliant on digital connectivity and the ability to share data. According to Cisco, global mobile data traffic grew by 63% in 2016 and is expected to increase sevenfold between 2016 and 2021.  This growth is driven by the introduction of almost half a billion more mobile devices and connections, but also by increased video consumption, which accounted for 60% of total mobile data traffic in 2016 and is expected to represent more than 75% by 2021.

How is the world going to cater to such levels of demand? We believe the answer is with reliable and high quality telecoms infrastructure, ranging from mobile telecom towers, subsea fibre optic cables and ‘last mile’ fibre connectivity to data centres.

At KKR, we have been following this secular trend very closely and have invested more than €1.3bn in telecoms infrastructure globally during the past two years.

In Europe, Telxius is our most recent investment in the space. With its c. 16,000 telecom towers spread across Europe and Latin-America and 65,000km of subsea cable under operation, Telxius is providing critical infrastructure to support the exponential increase in data traffic expected in the coming years. Evidence of this conviction are its two subsea cables currently under construction to be operational in 2018: BRUSA, a cable almost 11,000 km long that will connect Brazil, Puerto Rico and the US, as well as MAREA, a cable which will link the United States and Europe, in partnership with Google and Facebook who have agreed to take capacity.

Another area of interest of ours is high speed internet infrastructure, for which the only long term sustainable solution is fibre technology. Nothing can beat the speed of light! Demand for ‘last mile’ fibre-to-the-home infrastructure is soaring. To take one example, in Australia fibre subscriptions grew by 120% in 2016 alone.

Other countries, however, are further behind. In Germany, for example, only ~75% of consumers have access to high speed internet, compared to 90-95% in neighbouring countries. To counter this, the German government has put the Digital Agenda as one of their top 3 priorities in order to boost investments in infrastructure.

We believe private investors can play an important and effective role when it comes to supporting governments as they seek to deploy infrastructure, as demonstrated by one of our recent investments, Deutsche Glasfaser, a Fibre-to-the-Home and Fibre-to-the-Business company in Germany which more than doubled the size of its network in the last couple of years and will continue growing at a very fast pace through rollout of fibre optic technology in rural Germany. These areas are particularly underserved when it comes to high speed internet and Deutsche Glasfaser fills an important niche by offering them reliable, high quality and affordable infrastructure.

As investors, we believe that the continued usage growth and increasing network capacity constraints across the world makes communications infrastructure a highly attractive asset class, with strong growth potential and attractive yields.  This is an exciting space to watch.