Emerging Stronger from a Downturn at Growth Stage Companies

Emerging Stronger from a Downturn at Growth Stage Companies 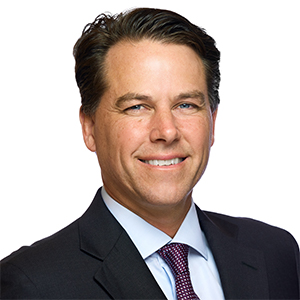 Dave Welsh (Menlo Park) is a Partner and is Head of TMT Growth Equity within KKR's Private Equity platform, where he serves ...Read More

Funding has flowed freely for the past 10 years, so it’s not a surprise that as speculation continues as to when a possible economic downturn may occur, CEOs are increasingly concerned about a more restrictive environment. For growth stage companies, the impact stretches well beyond the ability to raise capital. It threatens the core of what these later stage companies are most often focused on: international expansion, capturing more market share at home and developing adjacent products.

There’s no secret to surviving — or even emerging stronger — during a downturn. The key is effective preparation, such as ranking investments to reprioritize, proactively identifying hidden costs and developing an internal communications strategy.

The unknowns in a downturn are daunting at best and devastating at worst. Being ready to react quickly as the economy changes makes a big difference for growth stage companies. Done right, a company can prosper and even emerge stronger.

Which markets, what products, where?

The first step in preparing to manage a company through a downturn is determining how to get to a convergent profitable business model. Does the growth rate need tweaking? Should new geographic expansion be minimized? Will streamlining new product lines be more efficient?

Prioritize the markets, verticals and products that will be most profitable. Delay investing in those that won’t. The point is to ensure self-sustainability in the event that future capital raises won’t come to fruition.

Be realistic with people

It’s important to be transparent with employees. Conversations about a potential downturn and what will be done to manage through should be had throughout the company. Be realistic but not overly specific — i.e. avoid talk like ‘R&D will be the first to go.’ The gravity shouldn’t be understated, but it’s easy to create unnecessary panic.

Growth stage companies are full of smart, ambitious people with deeply rooted expansion mindsets. Contraction is against their nature, so dialing back can be difficult. However, they recognize when circumstances change and are usually willing to buckle down if they understand the contingency plan.

Hidden in the P&L

Naturally, leaders will look at cost as a key area to evaluate and reprioritize when the economy worsens. Real estate is often an overlooked expense. These line items can be hidden and turn into big liabilities later.

While in expansion mode, acquisitions or higher-than-anticipated employee growth frequently involve new real estate commitments. Some real estate will impact cash balances more than others, and some might no longer be considered critical assets. Those should be the first to go or could be ideal for re-negotiation.

Emerging from a downturn stronger

Well prepared companies can potentially thrive in a downturn. For one, they can be more aggressive in acquiring struggling assets at a lower price and applying their own successful experience to transform those businesses. The opportunity for better prepared organizations to take market share from struggling competitors is another means of strengthening a company’s position during a downturn.

What’s more, growth stage companies that demonstrate strength through discipline during hard times gain credibility. Their financial wherewithal positions them for even better opportunities when the economy recovers, with both future potential investors and customers.

I’ve seen this happen firsthand. In 2008, a business in which I was an investor almost went under. The company was largely selling into one of the harder hit industries at the time. A new CEO was hired to reprioritize resources. He shifted the focus to healthier industry segments and explored new areas for product development.

In short, this step back from the business took a $10 million company on the verge of bankruptcy to a $300 million revenue, $3.5 billion market cap business now. The CEO’s discipline allowed the company to not just weather the storm, but also emerge stronger.

Such resilience is important to future funding. At KKR, we definitely consider how prepared a company is for a downturn when we’re looking to invest, weighing factors like how mature and rational the management team might be in such an environment and how well situated the business model and product offerings are.

What’s next for this economy remains to be seen, but senior management, executive leaders and board members can’t go wrong by conducting some scenario planning now. Any extra time to prepare should be treated like a gift.

This article first appeared on Pitchbook.