Finding Comfort in Uncomfortable Situations: My 40 for 40 Experience

Finding Comfort in Uncomfortable Situations: My 40 for 40 Experience 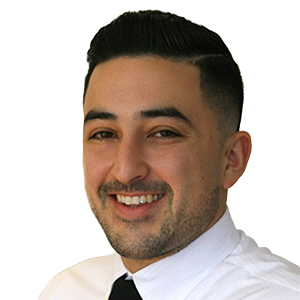 During a recent team meeting, we were shown a clip of Henry Kravis who, when speaking about successful investing, advises getting out of your comfort zone. I've found this to be sound advice, even though my work at KKR is not focused on investing. No matter what your role is, this idea of distancing oneself from comfort zones can be extremely beneficial.

Personally, 2017 was a year of diving into uncomfortable situations and coming up for air with a significant perspective shift. KKR 40 for 40, an employee–driven volunteer program that grants employees 40 hours of paid time to dedicate to volunteer work, allowed me the opportunity to continue my exploration of the unknown. In the wake of Hurricane Harvey, it was a no brainer that my 40 hours would be best spent helping with disaster relief.

With the guidance of the firm's Citizenship team, finding an organization in Houston to work with proved to be a simple task. I chose to work with All Hands Volunteers, an organization that connects everyday people with little to no construction experience with trained volunteers on the ground in disaster areas. Before I knew it, I was on board with All Hands and a few weeks later I was on a flight heading to Houston.

I think Mr. Kravis was speaking figuratively when he advised that we get out of our comfort zones, but I ended up heeding his advice in a literal sense. Because of the unglamorous and potentially dangerous nature of the work I was setting out to do, I spent most of the flight trying to recall the last time I had a tetanus vaccination or whether or not the soles of my boots were puncture proof.

As most Texans can be, my Lyft driver from the airport was helpful and warmly welcomed me to his beloved city. At first, while passing through downtown Houston, it was hard to believe that Hurricane Harvey had even paid a visit. Everything seemed to be up and running. It wasn't until the next day, when the All Hands crew drove us out to the job sites, that the true destruction left behind by Harvey became all too apparent.

Our jobs were simple but impactful. They were grueling yet fulfilling. We gutted out walls covered in mold, demolished floors and ceilings, and sanitized the areas after all hazardous materials were removed. Most of the residents were still living in the homes while we were working, so taking extra care around their possessions was imperative.

The eclectic mix of people working side–by–side was an incredible sight to see. By the end of the first day, I'd met a woman from New Zealand, a future marine, a retired Navy officer, a former NBA prospect, an allergist from San Antonio, and more. Individuals of different upbringings, colors, shapes, and religious backgrounds were all working as one unit to accomplish a common goal. In a country that can at times feel so divided, finding myself in a place where people from all walks of life were working in unity was encouraging to say the least.

I have to admit, I didn't fully grasp the gravity of what we were accomplishing until one night during dinner. A woman and her husband, who the All Hands team had helped, showed up at the church that was housing and feeding us. In the face of this couple's possessions being destroyed and their home barely livable, they never lost their capacity to remain positive and open. The woman read us a poem she had written, where she quoted the old proverb, “It takes a village to raise a child.” With tears flooding her eyes, she scanned the room of diverse faces and ended her poem with, “…It takes a village to build a home.”

Her outlook on life and the kind words she shared will forever be embedded in my mind. Inserting myself into this uncomfortable situation provided both her and me with immense comfort.

Perspective is everything, and I'm grateful for partaking in this opportunity, which positively changed mine. 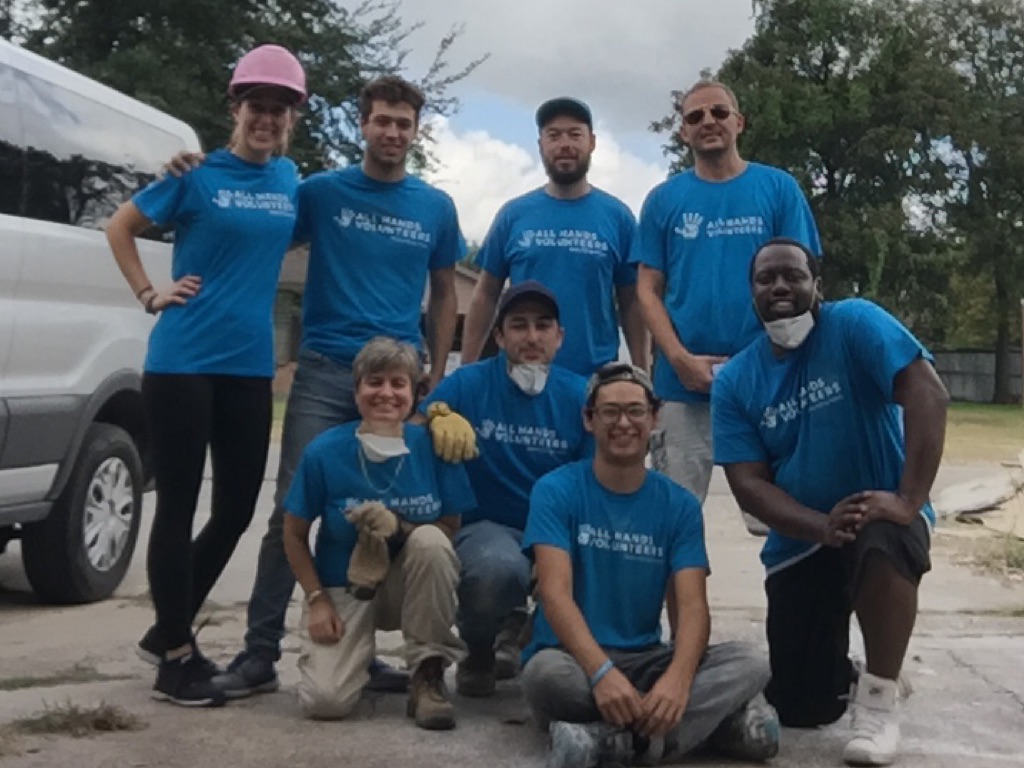