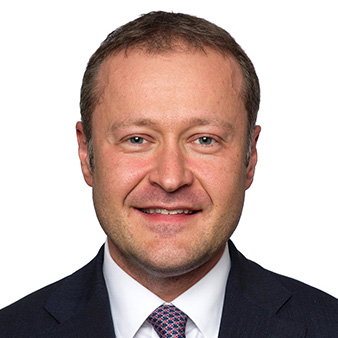 Oleg Shamovsky (London) joined KKR in 2013 and is the Head of Core Infrastructure in Europe. He has been involved in KKR's i...Read More

Today's global energy system (which spans a broad range of sectors including electricity, transportation and heating) is aging and is in need of refurbishment. Nearly 80% of the world's energy still comes from burning fossil fuels (primarily oil, coal and natural gas). These fuels have built our civilisation, created wealth and enriched the lives of millions. But they also have rising costs to our security, economy, health and environment that are starting to erode (if not outweigh) their benefits.

Although fossil fuels will continue to play an important role in the global energy system for some time (offering a broad range of attractive infrastructure investment opportunities across midstream and storage sectors), profound changes are currently taking place in the electricity and transportation sectors that will reduce (and eventually eliminate) our dependence on fossil fuels by switching to energy efficient consumption, renewable generation and electric transportation. This transition will require tens of trillions of dollars of new capital investment and represents one of the most significant investment opportunities of our time.

The following provides an overview of the major changes that are currently taking place in the global energy system and outlines the opportunities that these changes create for infrastructure investors.

A large part of today's electricity system still operates on the principles of centralised power generation developed during the Industrial Revolution, where a small number of large power plants produce most of the electricity in a given country. Electricity is then transmitted over long distances to where it is ultimately consumed.

This model is both expensive and inefficient. Large-scale power plants are costly to build and maintain. Their prolonged development cycles and significant construction complexities deter investors with efficient capital. And, the vast distances through which electricity is transmitted to end-users leads to significant losses along the way.

Over the last decade, we have witnessed a pronounced shift from the old centralised model of power generation to the new decentralised one, where power is generated by a distributed network of generators. Decentralised power generation has a number of distinct advantages. It reduces transmission costs by generating power closer to end-users. Operating a distributed network of smaller power plants improves reliability by reducing the impact from single points of failure. And, by enabling smaller, more granular, shorter-lead-time projects, the transition towards decentralised power generation will attract investors with more efficient capital, which will have far-reaching benefits for businesses and consumers.

Decarbonisation and the shift towards renewable supply

More than half of the world's electricity still comes from burning coal and natural gas, which account for 40% of global carbon emissions. A significant majority of coal-fired and gas power plants are approaching their retirement age and will be decommissioned over the next 20 years. Significant investment in new power plants will be required to replace retiring capacity and meet the world's growing electricity needs.

During the 20th century, advances in materials science, mechanical engineering and semiconductor technologies empowered us to tap into renewable sources of energy (most notably hydro, solar, wind and geothermal), which are abundant, safe, permanent and free. It is expected that three quarters (6.7TW) of new capacity additions through 2040 will come from renewable energy plants.

Until recently, renewable power plants were significantly more expensive to build than conventional generators powered by fossil fuels. As a result, renewable projects depended heavily on government subsidies and tax incentives, which were put in place by policy makers to encourage renewable energy adoption.

Today, 176 countries have clean-energy targets. However, after the global financial crisis, many governments around the world started reducing and even eliminating renewable energy subsidies in an attempt to keep energy prices low. At the same time, technological advances, combined with economies of scale, have significantly reduced the costs of building renewable power plants. For example, costs of solar photovoltaic (“PV”) technology have been cut by a factor of 10 during the last 8 years alone.

Despite falling costs, wind and solar still produce only 5.5% of the world's electricity. Hydropower is a much more significant source of renewable energy, but its costs are rising, and investment is falling. Looking more broadly at energy demand, including that for domestic heating, transport and industry, the share of wind and solar is only 1.6%. Nevertheless, cost reductions have made renewable generation less dependent on subsidies and tax incentives. In certain countries, electricity generated from renewable sources (particularly solar PV and onshore wind) is now in line with or cheaper than electricity produced from fossil fuels (a phenomenon known as grid parity), creating significant growth opportunities for developers of renewable power plants like X-Elio.

As policy makers are moving away from tax incentives and feed-in tariff schemes towards establishing regulated schemes (e.g. Spain) and awarding power purchase agreements (“PPAs”) via public tenders (e.g. United States, Canada, Mexico and France), these trends are further reinforced by increasing consumer demand for energy generated from renewable sources, which is creating significant opportunities for setting up PPAs with corporate off-takers in addition to public utilities.

As costs of building renewable power plants continue to decline, renewable energy projects will become economical on a merchant basis (i.e. selling power directly to the grid at spot prices, without any government subsidies) in more countries. While this will create opportunities to build merchant power plants, as infrastructure investors, we will nonetheless seek investment opportunities in this sector that provide long term visibility of cash flows by either entering into long term PPAs with fixed (or index-linked) prices, or regulatory schemes that provide an economic framework and downside protection independent of merchant electricity prices.

Infrastructure investors can help the electricity system cope with intermittency by investing in reserve power solutions (e.g. batteries or gas-fired generators) that can be turned on and off as required to balance the power in the grid. We can also help make transmission grids smarter and more resilient by upgrading aging grid infrastructure, and by investing in smart controls and IT-enabled demand/response services that will facilitate enhanced grid intelligence and price transparency, which will make the electricity system better suited to manage decentralised and increasingly intermittent power supply.

Electrification of our transportation system

Over 5 trillion litres of oil are consumed globally each year. Oil consumption accounts for 40% of global carbon emissions. And, over 75% of our oil supply fuels transportation. Recent advances in ultralight materials, battery technology and electric propulsion have paved the way for electric transportation, which will displace most (if not all) vehicles that run on oil derivatives (petroleum and diesel) over the medium term.

In recent years, numbers of electric vehicles have started growing at unprecedented rates. There are over 2 million electric vehicles on the road today, which is double the number in 2015. Most well-known auto manufacturers and new entrants (e.g. Tesla and Fisker) are rapidly expanding their electric car offerings and ramping up their manufacturing capabilities. It is estimated that 9-20 million electric cars will be on the road by 2020. Moreover, a multi-government program called the Electric Vehicle Initiative has set a goal for 30% market share for battery power cars, buses, trucks and vans by 2030. The 10 governments in this initiative include China, France, Germany, U.K. and U.S.

The electric car market will continue to be heavily influenced by public policy. By imposing tax levies on cars running on petroleum and diesel, and by supporting the development of the electric vehicle charging infrastructure in cities and rural areas, policy makers will serve as the catalyst for widespread electric vehicle adoption.

We see numerous opportunities for infrastructure investors to work with car manufacturers, energy suppliers and policy makers to fund the development of widespread networks of electric vehicle charging stations. There are also an increasing number of opportunities for investing in batteries that are installed in cars, vans, busses and trucks, and leasing them to consumers, municipalities and businesses on long term contracts.

Energy efficiency and a smarter world

Three quarters of the world's electricity powers buildings, and most of it is wasted. Through a process called integrative design, older buildings can be retrofitted with modern energy-efficient windows, lights, fans, coolers, boilers, heating systems and office equipment that can triple or quadruple their energy productivity. As an example, in 2010, the Empire State Building went through a retrofit that reduced its energy consumption by over 40%.

Integrative design can also increase energy savings in industry. Over 60% of electricity runs motors and half of that runs pumps and fans, which can all be made more efficient. As an example, Dow's $1 billion efficiency investment has already returned $9 billion in energy savings.

Businesses and consumers can become more energy efficient by using smart meters to monitor and adjust their energy demands. They can also install batteries that can reduce energy costs by charging at night when power prices are low and discharging during the day when power prices are high.

There are a number of opportunities for infrastructure investors to add value by funding smart meters, batteries, LED lighting, boilers and other small assets on a large scale to help businesses and consumers become more energy efficient.

Although today's global energy system is aging and inefficient, over the next few decades it will become efficient, connected and distributed, with elegantly frugal autos, factories and buildings all relying on a modern, secure and resilient electricity system. Although fossil fuels will continue to play an important role in the global energy system for some time, we will eventually eliminate our dependence on oil and coal and use less natural gas by switching to efficient use and renewable supply.

This transition will require tens of trillions of dollars of infrastructure investment. And, as 21st century technology and speed collide head-on with 20th and 19th century institutions, rules and cultures, this transition will bring innovations with numerous profound disruptions, which will create significant opportunities for entrepreneurs and investors to generate outsized returns and help make the world richer, fairer, cooler and safer.