KKR Infrastructure: Power of Perseverance and our Model

KKR Infrastructure: Power of Perseverance and our Model 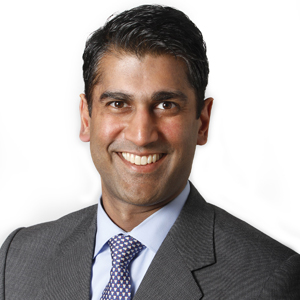 Raj Agrawal (Menlo Park) joined KKR in 2006 and has 20 years of experience. He is the Global Head of KKR’s Infrastructure ...Read More

Here at KKR we talk a lot about “using our whole brain” – we define that as when we’re leveraging the best parts of the firm and collectively working together towards a goal. When we started the Infrastructure business in 2008, I think it was fair to say we started as a good example of using our whole brain before we ever used the term. We started the business as an outgrowth of the early 2000s when we were a bit frustrated as a firm because we saw interesting investment opportunities in our pipeline where we had access to deals, we had industry knowledge, we had proprietary opportunities, but we didn't have a pool of capital with which to make these investments.

When we started in 2008, it was not easy going. It was the onset of the global financial crisis but we thought we had a strategy that made a lot of sense with experience to back it up. But, as anyone who has raised capital knows, it is difficult to do so with a first time fund and a first time team. At a time when capital was hard to raise, it took us four years before we closed our first fund. During that time we were very much an economic drag on the firm and we could have closed up shop. Others tried at the time and did close, but we believed in our thesis and we persisted. Ultimately it has paid off. Our first fund closed at $1 billion in 2012. Solid performance in the first fund led us in 2015 to be able to raise $3.1 billion for our second fund. Today we announced the closing of our third fund at $7.4 billion. Our economic progression has taken us from being very much dilutive and a drag on the firm to being highly accretive.

We could not do what we do in infrastructure if we weren't part of KKR. Numerous times KKR Capstone1 has helped us improve the value of our investments or given us insight to acquire a new investment, or the KKR Global Institute has opened doors or helped us with diligence in a different country, or KKR Capital Markets has helped us raise equity capital or debt capital giving us the confidence to make investments. The list of people internally at KKR that have helped us along the way is a list that goes on and on. If we were just a 25 person team, we frankly couldn't touch most of the investments we've made over the last five years. Utilizing the capabilities of the whole firm gives us differential capabilities and I believe that's the reason we've been able to raise capital. It’s our competitive advantage.

We went to market in 2008 with a unique strategy which I believe is still unique to this day. Most of our competitors are very focused on sector investing, and typically will invest up and down the risk spectrum within those sectors. We started in a different way with a risk-based definition of infrastructure. Our approach has been to make investments where the contracted profile, the regulatory profile, and/or the competitive positioning leads us to believe something about that asset gives us very high visibility that we're going to get our capital back and some base return. It's a risk based approach to investing in infrastructure and a complementary approach to our private equity business. A decade after we launched our strategy, we’re confident our strategy works and it’s evident in the attractive returns we’ve been able to deliver to our investors.2

As we look to the future, I think what excites us the most at KKR is that we have a number of businesses that are not yet at this stage of maturity in the firm and that gives us earnings power going forward. The evolution of infrastructure is just one example of this. I think that's really the power of the model at KKR.