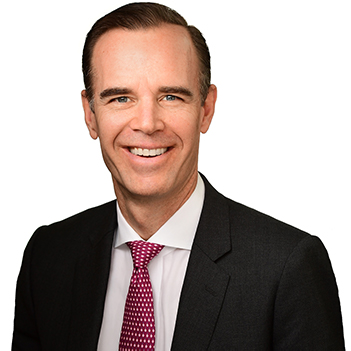 Scott Bookmyer (Sydney) joined KKR in 2002 and is a Partner and the Head of KKR Australia and New Zealand. He serves on KKR'...Read More

In 2014, executives of KKR in Australia met Philipp Saumweber, the founder and CEO of Sundrop Farms. His passion was effusive as he told the story of his company: a pioneering, arid climate agribusiness that could operate glasshouses in locations that have little or no access to arable land and fresh water sources.

At the time, the company had a 0.2-hectare test farm in Port Augusta, Australia - a location where the agriculture sector has historically employed very few people given the terrain and climate challenges. Sundrop knew it could grow crops there with a greenhouse that used concentrated solar power to create the heat, electricity, and desalinated water needed to feed and power the operations. Philipp just needed a partner to make this a reality.

Sundrop had big ambitions: to help change the way agriculture is done for the better. Upon hearing Philipp’s story and recognizing the disruptive model that Sundrop introduces to the agriculture sector, KKR invested in the company in December 2014 to help the company achieve scale, continue its research and development, and explore expansion opportunities.

Last month, Sundrop marked the completion of construction and the launch of its world-first 20-hectare solar desalination farm in Port Augusta.

The AUD200 million state-of-the-art development is the first commercial scale facility of this caliber in the world, primarily using sunlight and seawater to grow over 15,000 tons of truss tomatoes annually for Australian consumers. These tomatoes will be retailed through national supermarket chain Coles across its approximately 740 outlets. The long-term nature of this partnership is a groundbreaking opportunity to support sustainable agriculture by delivering fresh water-neutral, carbon-neutral and pesticide-free produce to consumers.

Sundrop launched this facility with the direct cooperation and support of the Port Augusta and broader South Australian community and government. As South Australian Premier Jay Weatherill said, Sundrop is “heralding the start of an exciting new industry for the region.”

About 260 jobs were created, directly and indirectly, during the 18-month construction phase to October 2016, and, depending on the season, up to 200 people will be employed in Port Augusta on a continuing basis.

As a partner and investor of Sundrop’s, it is gratifying to see the company reach this milestone. Through our experience investing in agriculture companies, we recognize that that the industry – while essential to feeding the world’s growing population – can also be demanding on our planet’s natural resources. For example, the agricultural sector consumes approximately 69% of the planet’s fresh water, according to the World Wildlife Fund. Meanwhile, the UN’s Food and Agriculture Organization estimates the greenhouse gas emissions from agriculture, forestry and fisheries have nearly doubled over the past 50 years, and could increase an additional 30% by 2050. Sundrop provides a “solution” to this societal and environmental challenge.

We’re excited by Sundrop’s potential to leverage its base in Port Augusta to expand both in Australia and globally. Its business isn’t just about growing truss tomatoes in the Australian outback: the company is continuously looking to innovate and provide even more produce using renewable resources. Sundrop now explores a number of opportunities to address local consumer needs worldwide.

Together, KKR and Sundrop have partnered to provide solutions to pressing environmental and agricultural issues. The launch of Sundrop’s Port Augusta facility is a great milestone in the company’s development, and we look forward to furthering our impact.