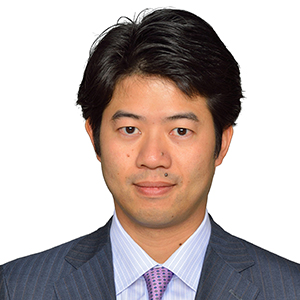 Eiji Yatagawa (Tokyo) joined KKR in 2006 and is a Partner on the Private Equity team. He is on the Board of Directors of PHC...Read More

The walkman, high-speed bullet trains, laptop, flash memory, LED, 3D printing, and QR codes; what do all of these have in common? Their inventor: Japan.

Japan has long been known as the hotbed of innovation and cutting-edge technology. The nation has been redefining the world’s technological landscape for the past few decades, as it continues innovating to creatively overcome crucial challenges and answer the ever-evolving needs of consumers.

With such a rich history in technology, one may wonder why the adoption rate of mobile payments in Japan has remained low. Only about 27% of all transactions in the country are cashless, a low rate when compared to the likes of South Korea and China, and lagging behind the government’s goal of increasing cashless payments to 40% of all transactions by 2025.

The transition is set to accelerate significantly as more and more people are avoiding handling cash due to the pandemic. A survey by G-Plan and Biglobe in July 2020 found that close to 30% of respondents in Japan had been using digital payment solutions more often as they wanted to avoid touching cash.

Within the cashless payment segment itself, QR code payments using smartphones have seen a rapid ascent. Director of Cashless Payment Promotion Office at Japan’s Ministry of Economy, Trade and Industry, Nao Nishikawa, believes the market for QR codes still has plenty of room to grow, having shown the highest growth rate for cashless payment mode. Transaction volumes for QR code payments also climbed over twelvefold between 2018 and 2020, according to Yano Research Institute research.

The sector is still in its infancy despite the terrific growth potential for QR code payments in Japan, with many domestic players needing additional support to fuel its growth and expand its presence.

KKR invested in Netstars, the operator of one of Japan’s largest QR code payment gateways, because we believe it is well positioned to support Japan’s cashless payment ambitions and help businesses in the country advance their digital transformation which has become crucial during the pandemic.

Netstars operates StarPay, Japan’s go-to payments aggregator which helps boost the efficiency of point-of-sale processing for consumers and is used by more than 280,000 merchants across Japan. It has aggregated 37 payment providers onto its platform, including Japan’s PayPay, LINE Pay and Rakuten Pay, China’s AliPay and WeChat Pay, as well as Thailand’s Via.

Through its latest funding round, Netstars aims to expand StarPay’s network, which is currently used by 280,000 merchants across Japan, and grow its customer base. It is currently developing a new StarPay mini-app to further enhance its service offerings and has plans to bring its solutions outside of Japan in 2021.

We look forward to leveraging our global network and experience investing in FinTech companies worldwide to support Netstars’ business growth in Japan and globally.