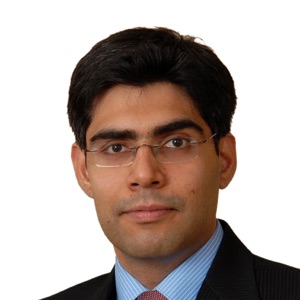 Rohan Suri (Mumbai) joined KKR in 2012 and is a Director on the Private Equity team. Mr. Suri has been closely involved with...Read More

Kiranas are ubiquitous and essential parts of Indian life. Every day, these small, individually owned family businesses – which tourists might refer to as “mom and pop shops” – buzz as customers purchase groceries, sundries, and other essential goods. With almost twenty million Kiranas across India, they play a critical role in the Indian economy, accounting for 65% of the activity in the Indian retail sector, contributing to 11% of India’s GDP, and employing an estimated 43 million people or 8% of the workforce in the country1.

But while the Indian economy becomes increasingly digitized, many Kiranas still conduct business through largely traditional means. Often times, their bookkeeping is analog and their supply chains haven’t yet realized crucial efficiencies. There is significant scope to optimize the way Kiranas do business through technology.

The partnership between Kiranas and Reliance Retail incorporates two core elements. Firstly, Kiranas will be able to efficiently order and restock their inventory via orders placed on Reliance Retail’s digital platform. This approach will help Kiranas optimize their supply chain and, by getting access to a wider range of products to source from, will allow them to expand their in-store merchandizing catalogue. Second, the partnership with Reliance Retail will transform the way in which Kiranas interact with their increasingly digitally savvy consumers. Through Reliance Retail’s JioMart app, customers can place orders with their local Kirana from the convenience of their home and at a push of button.

Crucially, as partnerships between merchants and ecommerce platforms like JioMart expand and transform Kiranas at scale, the impact will be felt beyond the ledgers of Kirana owners. It will positively evolve India’s dynamic retail sector while influencing economic efficiencies, employment, and nationwide consumption.

KKR is proud to work with Reliance Retail as it builds a more inclusive Indian retail ecosystem. Not only do we expect the partnership between Reliance Retail and Kiranas to benefit India’s retail sector, but their efforts will also play a role in helping Kiranas adapt to remain relevant in India’s rapidly transforming digital economy.