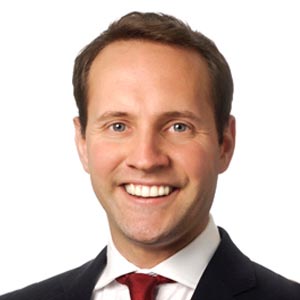 Lucian Schönefelder (Hong Kong) is a Partner at KKR and leads KKR’s technology investing activities across Asia, where he...Read More

Over the last few years, media headlines on France have mainly been concerned with structural economic problems. It has almost gone unnoticed to the wider public that France has developed into one of the most dynamic tech ecosystems. According to the tech.eu European Tech Funding Report 2016, France took first place in terms of the number of tech funding rounds in Europe. Investment volume was up by an astounding 88% to €2.7bn in comparison to 2015, with KKR's investment into OVH, a leading provider of cloud infrastructure, being the second largest investment into a French tech company in 2016.

The strength of Paris as a tech-hub is rooted in its highly accessible and affordable world-class engineering talent, smart government incentives, an increasing number of local venture capital funds and a highly entrepreneurial culture.

France has a century-long tradition of world-class engineering education, and Paris boasts the highest number of engineering universities of any European city. The “Grandes  Écoles d’ingenieurs ,” such as the famous Ecole Polytechnique, l’école centrale or Supelec, count amongst the very best technical universities in the world. As a result, Paris has the second-highest number of professional developers in Europe, according to Stackoverflow, which are the life-blood of its growing tech sector.

I personally witnessed the efficiency and ingenuity of French engineers during our investment in Fotolia, with Adobe’s acquisition of the company (a high quality and scalable tech platform that now forms the core of AdobeStock). This quality of talent together with a competitive salary-base for engineers, in comparison to both the U.S. and U.K., has attracted an increasing number of tech giants to Paris.

Smart government incentives are another reason for the rise of French tech start-ups. For example, BPI France, a state-sponsored French investment firm, has a €6.5bn vehicle to fund early-stage start-ups and promote innovation. In addition to capital, the government provides an attractive R&D tax credit incentive that allows companies to off-set R&D investments against their corporate income tax.

KKR has been following the French tech scene closely since our investment in Fotolia in 2012. Across our investments in Fotolia, Captain Train, OVH, and today, Ivalua, we have invested more than $500 million into French technology companies making us one of the most active tech investors in France.

Ivalua, a market-leading spend management software company and our most recently-announced French technology investment, is a great case study for a French technology company becoming a global champion. After being founded in 2000 by David Khuat-Duy, the company managed to combine high growth with profitability and raised limited outside capital. Ivalua successfully expanded into the U.S. market in 2014, winning major contracts with large institutions like Honeywell, Credit Suisse and the City of New York. All of the engineering and product development is driven out of Orsay near Paris. Orsay is home to the Institut de physique nucléaire and Polytech Paris-Sud, which provides the company with an ample supply of world-class engineering talent.

France has demonstrated the capacity to create world-class technology companies and the eco-system that has been developed in Paris and other regions in the country over the last few years is amongst the most dynamic globally. We look forward to continuing to support many talented French entrepreneurs with KKR’s global platform, and help them fulfil their international ambitions.