Working together to drive transformational change at New York Cares

Working together to drive transformational change at New York Cares 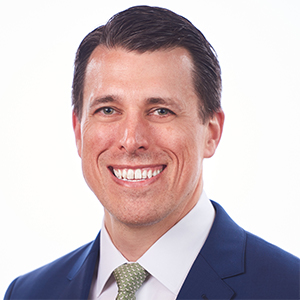 60,000 people use the New York City shelter system every night and 23,000 of those are children. Thousands more New Yorkers struggle to keep warm each winter. New York Cares, the largest volunteer network in the city, holds an annual coat drive to try and fulfill the over 100,000 coat requests they receive from shelters, schools and senior centers across the city. But, despite their best efforts, historically they have only been able to collect around 75,000 coats each year – far short of the total needed.

On hearing about this problem, a small group of us at KKR and KKR Capstone1 came together to explore ways we could help New York Cares increase the number of coats they collect and distribute. We worked with the New York Cares team starting in 2015 to examine the coat drive from every angle: how coats were collected; how corporate sponsors were identified; and where drop offs were located. We also learned that historically they had a particular challenge collecting men’s and children’s coats.

Based on our initial analysis and discussions, we piloted a number of initiatives, including setting up a website FAQ on where and how to donate, undertaking a data-driven effort to enlist more coat drive sponsors, and speaking to retailers about them donating coats directly. It was at this point that KKR’s Retail team connected us with one of the firm’s portfolio companies, Channel Control Merchants, and we were able to bring transformative change to the coat drive.

Channel Control Merchants and their store Dirt Cheap buys excess inventory and returns and sell on at discount. The Channel Control team helped New York Cares learn how to buy additional coats cost-effectively, which meant they could purchase and distribute coats for as little as $20. The team also could purchase men’s and women’s coats that were in shorter supply through the traditional drive. Armed with this buying capability, the New York Cares team set up a new page to allow supporters to buy and donate a new coat for just $20. Thus the “cash for coats” model was born.

For our part in the KKR New York Office, the team donated a record 3,600 coats in 2016 – which is more than five coats for every person in the office!

This is just one of the many examples of the impact that comes from working together creatively as a firm. We had the full support of KKR, KKR Capstone, and our portfolio, with eager and great minds collaborating to help address a problem that affects thousands in our city. I’m proud to be part of a firm that supports us spending our time making a difference to our communities.

1 KKR Capstone is not a subsidiary or affiliate of KKR.