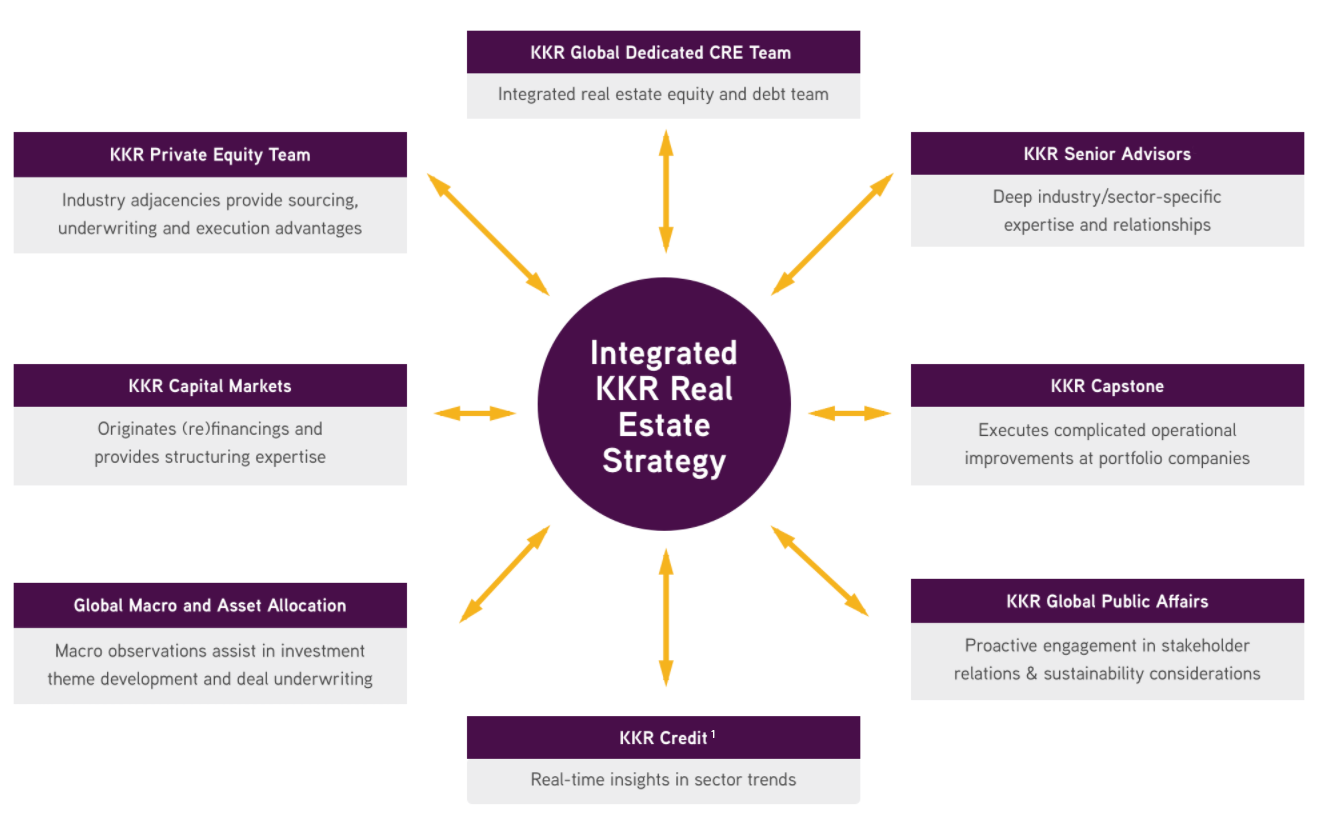 Assets Under Management (AUM)
References to “assets under management” or “AUM” represent the assets managed by KKR or its strategic partners as to which KKR is entitled to receive a fee or carried interest (either currently or upon deployment of capital) and general partner capital. KKR calculates the amount of AUM as of any date as the sum of: (i) the fair value of the investments of KKR's investment funds; (ii) uncalled capital commitments from these funds, including uncalled capital commitments from which KKR is currently not earning management fees or carried interest; (iii) the fair value of investments in KKR's co-investment vehicles; (iv) the par value of outstanding CLOs (excluding CLOs wholly-owned by KKR); (v) KKR's pro-rata portion of the AUM managed by strategic partnerships in which KKR holds a minority ownership interest and (vi) the fair value of other assets managed by KKR. The pro-rata portion of the AUM managed by strategic partnerships is calculated based on KKR’s percentage ownership interest in such entities multiplied by such entity’s respective AUM. KKR’s calculation of AUM may differ from the calculations of other asset managers and, as a result, KKR’s measurements of its AUM may not be comparable to similar measures presented by other asset managers. KKR's definition of AUM is not based on the definitions of AUM that may be set forth in agreements governing the investment funds, vehicles or accounts that it manages and is not calculated pursuant to any regulatory definitions.

Information Barrier
Participation of KKR Private Equity, KKR Capital Markets, and KKR Capstone personnel in the public markets investment process is subject to applicable law and inside information barrier policies and procedures, which may limit the involvement of such personnel in certain circumstances and KKR Credit’s ability to leverage such integration with KKR. Discussions with Senior Advisors and employees of the Firm’s managed portfolio companies are also subject to the inside information barrier policies and procedures, which may restrict or limit discussions and/or collaborations with KKR Credit.