KKR 40 for 40: Providing a Platform for Those Whom Have Lost Their Voice in Society

KKR 40 for 40: Providing a Platform for Those Whom Have Lost Their Voice in Society 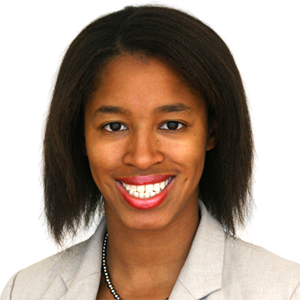 A few years ago, a friend invited me to a fundraising event for the Rikers Debate Project (RDP) – I could have never guessed that invitation would have such a meaningful impact on my life.

RDP teaches competitive debate skills — including communication, conflict resolution, and public citizenship—to currently incarcerated students. Since the organization’s founding in 2016 at Rikers Island Correctional Facility, it has extended its footprint to host classes in Connecticut, Texas, New Jersey, Louisiana and Washington D.C. RDP believes that rational discourse can be used to improve the world and, as such, the organization has great expectations for what bringing debate across the criminal justice field can accomplish. By building the skills of self-advocacy and enabling a culture of healthy debate for students who are deeply entwined with criminal justice, RDP can both improve the procedure by which our society considers these issues and expand the set of voices that have a say in policy. These steps provide a pathway for reentry into society with the goal of reducing recidivism.

Part of the reason I got involved in RDP is personal. I have had family members fall victim to the implications of being a part of the criminal justice system; I have witnessed the unraveling of community and family relationships and the challenges associated with rebuilding a life and reentering into society after experiencing a period of separation. RDP provides a mechanism for us to touch individuals whom may have been forgotten, whom have lost their voice in society, whom every day long to spend time with their friends and family.

Today, I am a member of the Board of Directors and head the New Jersey Chapter. My responsibilities include: coordinating volunteers, working with facility officials, teaching debate classes, developing the website, and engaging in advocacy activities. I founded RDP’s first class in Newark, New Jersey at Sojourn High School, an alternative school serving pre-trial middle and high school aged youth at the Essex County Juvenile Detention Center.

In August 2018, thanks in large part to the time off I receive from the KKR 40 for 40 program, I was able to host and coordinate a public debate in partnership with RDP, the American Civil Liberties Union (ACLU) and Rikers Island Correctional Facility. The event partnered two lawyers from the ACLU with two students at Rikers Island to debate abolishing pretrial detention. Through this event, we brought in the following esteemed judges:

I found this event to be particularly impactful because it allowed our students to debate a topic that had pretrial detention been abolished, there is a strong possibility they would not be incarcerated. The purpose of our public debates is to provide our students a platform to have their voices heard. You can learn more about this event in City and State. Separately, the organization has been covered in the New York Times, Wall Street Journal, and the Samantha Bee Show.

Getting involved in the board was not an opportunity I sought out, so when the Executive Director recommended me to the board there were two thoughts that went through my head. The first – what is the vision of the organization and does that vision align with my values? The second, and more important, was how many lives have I been able to make an impact on and can I do more? The answer to the first question was I do agree with the organizations vision, and I would like to play a greater role in shaping that vision. The answer to the second question was you can always do more. As KKR employees we have a breadth of knowledge and expertise that should be shared with the world. If you are presented with the opportunity to join a board, and generally feel you can make a difference in that role, then choosing not to take on that leadership position would be a disservice to yourself and your community.

At its core, 40 for 40 allows for KKR employees to make a difference in our community. I never imagined being able to work at a firm that allows me to take time off during the workday to volunteer for a cause that I am both passionate about and strongly believe improves the lives of others. Why would someone who is given that opportunity choose not to get involved? For me, it is a no brainer.