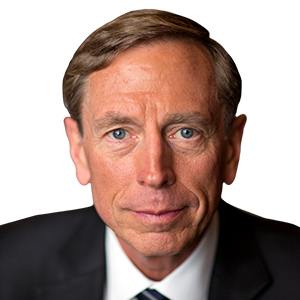 General David H. Petraeus (US Army, Ret.) (New York) is a Partner at KKR and Chairman of the KKR Global Institute, which he established in May 2013. He is also a member of the boards of directors of Optiv and OneStream, a venture investor in more than 20 startups, and engaged in a variety of academic endeavors. Prior to joining KKR, General Petraeus served over 37 years in the U.S. military, culminating his career with six consecutive commands, five of which were in combat, including command of the Surge in Iraq, command of U.S. Central Command, and command of coalition forces in Afghanistan.

Following retirement from the military and after Senate confirmation by a vote of 94-0, he served as Director of the CIA during a period of significant achievements in the global war on terror, the establishment of important Agency digital initiatives, and significant investments in the Agency’s most important asset, its human capital.

General Petraeus graduated with distinction from the U.S. Military Academy and is the only person in Army history to be the top graduate of both the demanding U.S. Army Ranger School and the U.S. Army’s Command and General Staff College. He also earned a Ph.D. from Princeton University’s School of Public and International Affairs.

General Petraeus taught international relations and economics at the U.S. Military Academy in the mid-1980s, he was a Visiting Professor of Public Policy at the Honors College of the City University of New York from 2013 through 2016, and he was for 6 years a Judge Widney Professor at the University of Southern California and a Senior Fellow at Harvard University’s Belfer Center. He is currently a Visiting Fellow and Lecturer at Yale University’s Jackson Institute, Co-Chairman of the Global Advisory Council of the Woodrow Wilson Center for International Scholars, Senior Vice President of the Royal United Services Institute, and a Member of the Trilateral Commission and Council on Foreign Relations, as well as a member of the boards of the Atlantic Council, the Institute for the Study of War, and over a dozen veterans service organizations.

Over the past 15 years, General Petraeus was named one of America’s 25 Best Leaders by U.S. News and World Report, a runner-up for Time magazine’s Person of the Year, the Daily Telegraph man of the year, a Time 100 selectee, Princeton University’s Madison Medalist, and one of Foreign Policy magazine’s top 100 public intellectuals in three different years. General Petraeus has earned numerous honors, awards, and decorations, including four Defense Distinguished Service Medals, the Bronze Star Medal for Valor, two NATO Meritorious Service Medals, the Combat Action Badge, the Ranger Tab, and Master Parachutist and Air Assault Badges. He has also been decorated by 13 foreign countries and is believed to be the only person who, while in uniform, threw out the first pitch of a World Series game and did the coin toss for a Super Bowl. 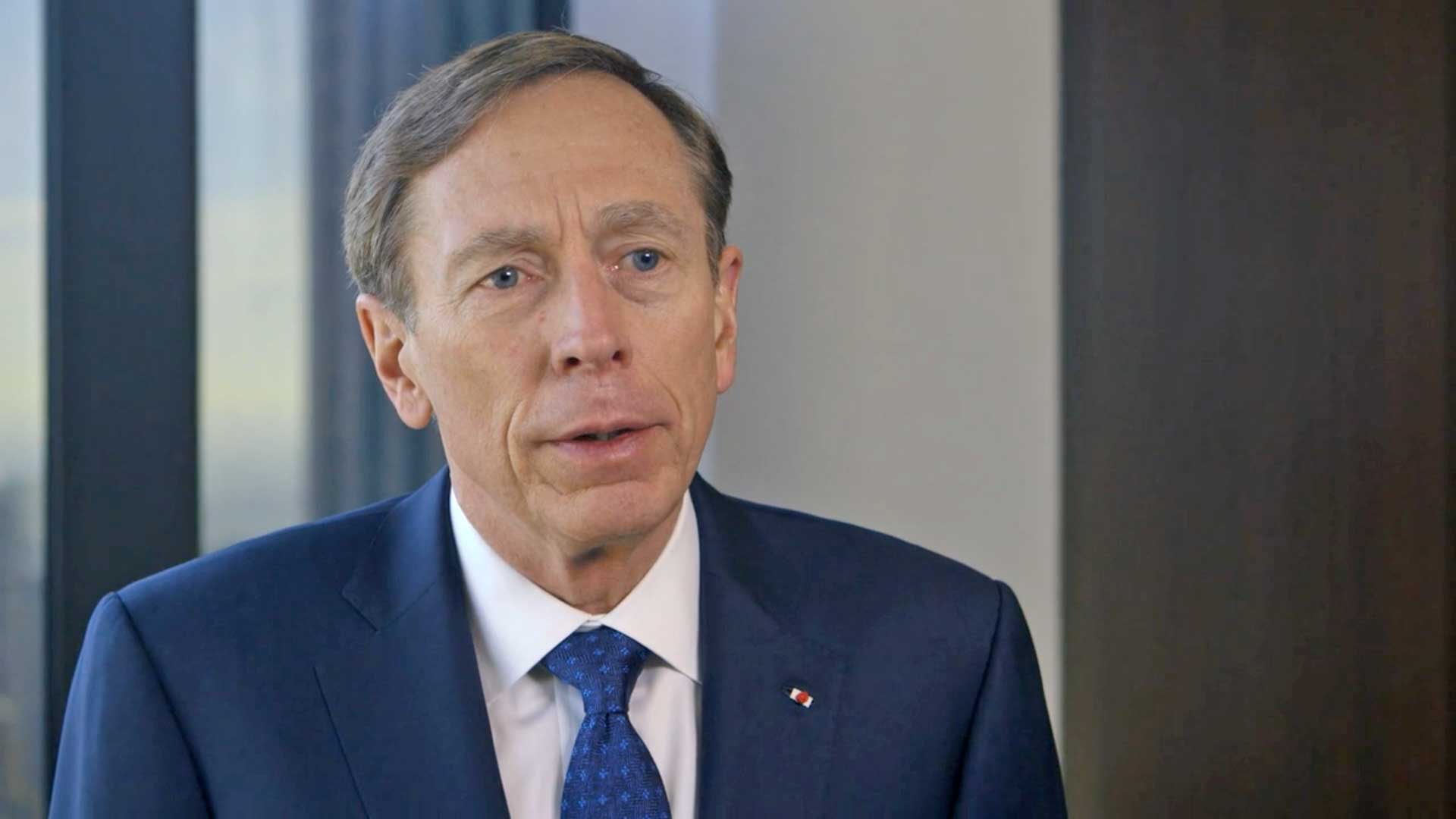