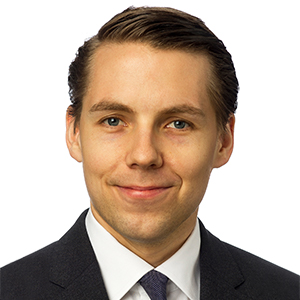 Philipp Schaelli (London) joined KKR in 2015 and is a member of the Technology, Media and Telecommunications industry team w...Read More

The landscape of the European media market is in the midst of an unprecedented shift in consumer behaviour. Even before the coronavirus crisis, people around the world were on a path towards living increasingly digital lives, with more working, shopping and entertainment having migrated online than ever before. This shift online led to a surge in demand for premium digital content that has undoubtedly been accelerated by the coronavirus pandemic as consumers across Europe sought new content to keep them occupied during lockdown.

Regulatory shifts have also played a supporting role in driving demand since the update to the EU’s audiovisual media services directive (AVMSD) passed in 2018. Digital platforms like Netflix, Amazon Prime and Disney+ now need1 to have at least 30% European content to satisfy the regulatory requirements of the AVMSD. Furthermore, content from the United States is being increasingly tailored to the preferences of American audiences, creating a growing market for local content in Europe for new digital outlets, as well as for established public and private broadcasters. As a result, there is a strong growth tailwind in European content. Production spend by digital platforms, for example, is set to increase from €50 million to €300 million in the next five years in France alone.2

Unfortunately, the European content production market has historically been fragmented, resulting in a largely inefficient ecosystem. Content producers, distributors and licensers working separately have had little access to the capabilities and resources needed to create a single offer to realise the European market opportunity. This fragmentation is also unhelpful for content commissioners looking to quickly go to market with new TV shows and films. They have had to work with many different companies, losing precious time in what is becoming an increasingly global and fast-moving battle for digital OTT streaming viewership.

It is clear from the speed of the digital streaming landscape that Europe’s content producers are stronger together, not apart. In this new environment, strategic investments and partnerships will be the tool to draw companies with complementary capabilities under one roof. Through this new alliance of companies, content can be produced, licensed and distributed, thereby reducing the leakages historically endemic to the European content landscape.

At KKR, we worked closely with leading entrepreneurs to establish Leonine from four companies as an integrated content production, distribution and licensing company in Germany. Leonine was founded in 2019 by KKR working together with the media- and entertainment-focused investor, Atwater Capital, through a merger of Tele-München Group (TMG), Universum Film, i&u and W&B Film.

Leonine’s progress thus far points to opportunity to do the same elsewhere in Europe. Leonine is led by industry veteran Fred Kogel and a pair of Academy Award-winning creative managers in Max Wiedemann and Quirin Berg. Many of their efforts have already borne fruit. Leonine has become recognised as an industry leader for creativity and production quality -in 2020, it won 14 nominations for the German TV awards, more than any other national and international production house in Germany. It has also been a success commercially - the increased demand for local content in Germany has helped position Leonine to become a provider to Amazon, Disney, Apple, Sky and Netflix, along with local broadcasters including RTL, Pro 7, and ZDF.

Since the inception of Leonine, one of our goals has been to expand our investment focus across Europe. We are therefore excited about our new partnership with the Mediawan founders, who have built a differentiated and well-positioned content company over the past four years. Like in Germany, France’s media market is similarly fragmented. For example, in the TV fiction genre alone, France has more than 20 production houses. Under the leadership of Pierre-Antoine Capton, Mediawan has executed a number of accretive transactions and established itself as a market leader in France with the most hours of content produced for TV movies and series. The business has also expanded into Italy and Spain, establishing a European footprint. As part of our partnership with the founders, Mediawan has been able to execute three highly accretive transactions with Lagardere Studios, Good Mood Productions and Groupe Trosieme Oeil taking a further step towards becoming a pan-European digital content powerhouse.

We congratulate both the Leonine and Mediawan teams on this exciting milestone, and are looking forward to what they will achieve in Europe and beyond.