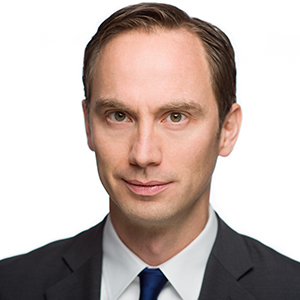 At a time when more populist politics are driving many countries away from investment-friendly policies, Argentina is quickly moving in the opposite direction. Latin America’s fourth largest economy is starting to open for business. In recent trips, we’ve seen small things – like not needing a fistful of U.S. dollars to manage a dual exchange rate, running into President Barack Obama’s entourage on the street in Buenos Aires, and evident optimism in local businessmen – indicate how much change is afoot.

It is still early days in President Mauricio Macri’s tenure, but we are impressed with his team’s clear focus to normalize Argentina’s economy and reintegrate into the global system. Prior to Argentina’s late-2015 presidential election, the key question was whether meaningful reform would happen at all. That question has been answered: President Macri has decisively turned away from the reckless economic policies of former President Cristina Fernández de Kirchner. Now the questions are how deep the reforms will be and whether they will provoke a popular backlash.

Achieving “normality” is an ambitious vision for Argentina’s economy. We are increasingly confident that Argentina’s political and economic transition is substantive and will open a range of opportunities for investors, despite inevitable setbacks. Our confidence is buoyed in no small part by the extremely high caliber of President Macri’s team. The Macri government and the country will undoubtedly have setbacks and there is no guarantee of success, but we think the door is now open for long-term investors to consider Argentina.

The core economic policy challenge facing the Macri government is to institute macroeconomic discipline while delivering on private-sector led job creation and improving productivity. That is against a backdrop of inheriting an unsuccessful state-led, closed economy in recession with 30% poverty and woeful productivity, all during a time of economic havoc in its largest trading partner, Brazil.

Soon after taking office in December 2015, Macri swept away barriers to entry for private investors, such as capital controls and trade restrictions. Early fiscal adjustments to reduce the comparatively high tax burden and adjust subsidies were put in motion, and, for monetary policy, the peso printing presses finally slowed and the currency floated. Early shock therapy was unexpectedly successful, for example with exports responding quickly with a 25% year-over-year increase in February 2016.

Now the hard work of planning and implementing fiscal adjustment, taming inflation, encouraging private investment is underway. Contrary to analysts that argue for quick rollback of subsidies, we think the government’s more deliberate approach is necessary to avoid stoking social unrest. Unlike its subsidy-laden emerging market peers, Argentina has a low debt-to-GPD ratio that will allow it to finance its fiscal adjustment in the near term through issuance of debt (now possible with resolution of the debt holdout situation) and a financial repatriation program now underway. Fiscal tightening is ultimately necessary, but we think focus on more productive use of spending in the near-term will have a greater impact on growth.

Nevertheless, having met with a number of local companies and funds, we found a great deal of local optimism – an encouraging change in confidence from our pre-election conversations over the past two years. Most economists project that the economy will turn the corner to growth by the end of the year, and businesses have new liquidity from peso devaluation and export opportunities. A number of relatively unlevered Argentine companies have already been upgraded, and we expect them to easily raise foreign capital. Smaller companies, however, will need the development of local capital markets.

With the possible exception of oil and gas, more than a decade of devastating state intervention left businesses in survival rather than value-creation mode and deeply eroded the industrial base. Although that narrows the opportunity set for large foreign investors, we think it also will produce companies interested in financial partners that also bring expertise for growth.

Making political and economic reform sustainable will be the defining challenge of President Macri’s tenure. Argentinians by and large did not grasp the depth of their country’s economic misfortune or its true causes. President Macri was elected with a clear mandate for political reform, but he must continue to explain his economic reforms to build popular credibility and support. The government will rely heavily on direct infrastructure spending via public-private partnerships and on attracting private investment in key sectors such as energy and agriculture. Making real progress in taming inflation will be a key test.

The sustainability of reform will depend as much on emergence of a responsible Peronist opposition as it does on Macri’s team. The Presidency is powerful in Argentina, but Macri needs Congressional support to build credibility for his major policies and to reverse the confrontational politics of Argentina’s recent history. In the near term, we think he can weather unpopular fiscal adjustment and continue to pass essential reforms with his inclusive political strategy. Macri is exceeding expectations in his ability to maneuver from his party’s minority position in Congress. His willingness to share the limelight with key opposition stakeholders and provincial governors has created an ad hoc coalition for change. Longer term, we see reasonable prospects that a more constructive political culture will emerge.

Although Argentina has a long way to go, the Macri government is committed to an impressive path and is demonstrating that reform is achievable. As this all progresses, opportunities for foreign investors will emerge.