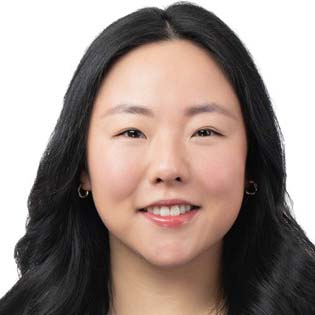 Christine Wong (New York) joined KKR in 2019 and is a member of the Co-Investments & Partnerships team within KKR Capital Ma...Read More

Christine Wong joined KKR in 2019 and is an associate on the Capital Markets team focused on co-investments and partnerships. Prior to joining KKR, she was a member of the Business Development team at Benefit Street Partners. Prior to that, she worked for Barclays in the Leveraged Finance group. Christine holds a B.S. in Finance from NYU Stern. Outside of work, Christine is also a development board member for Education Through Music, a nonprofit that partners with under-resourced schools to provide music as a core subject for all children. In honor of Asian American and Pacific Islander (AAPI) month, Christine shares her experience growing up Asian American, key highlights from AAPI Month at KKR, and takeaways as the month comes to a close.

My parents left China in the early ‘90s to pursue graduate degrees in the United States, where I was born. Shortly after their graduation, we moved to Victoria, B.C., where my father began a job with the Government of Canada. Victoria was an amazing city for us as immigrants. We enjoyed great weather all year round in a city with a large Asian community, which helped my parents feel more at home. Most importantly, my little sister and I benefited from strong public schools.

When I was very young, I distinctly remember being extremely proud to be Chinese. My mom loves to tell the story about how when we first moved to Canada, I met another toddler on the playground and decided to start the conversation with, “My name is Christine and I am Chinese.” Being Chinese really meant something to me – the holidays we celebrated at home, the close-knit ties to family living across the world (and needing to speak Mandarin in order to communicate with them), and the amazing food were all parts of my life that I cherished.

That somewhat changed once I started attending elementary school. While there was a large Asian community in Victoria, I seemed to stick out like a sore thumb in my class. The culture of which I was once proud became something for which I was bullied. I started only wanting to speak English at home, began avoiding bringing my lunch out because classmates would say it “smelled bad”, and on a regular basis, my small eyes were the object of unwanted attention and pointing. In 7th grade, my teacher called me up to the front of the class and compared my facial features to those of a Caucasian classmate. This is one of the many small, yet deeply hurtful racist incidents that I experienced growing up, and unfortunately, I am sure many friends and colleagues can relate.

Over time, I started to actively avoid being too “Chinese” – I refused to continue attending Chinese school, essentially lost the ability to speak in Mandarin and communicate with my relatives, and would try my best to assimilate. Looking back, I realize that I was slowly developing disdain for a culture and heritage of which I was once so proud. My native language, cuisine, and appearance – something everyone deserves to be fiercely proud of – became sources of shame. As Cathy Park Hong wrote in her book, Minor Feelings, “It’s also human nature to repel shame by penalizing and refusing continued engagement with the source of their shame.”

Arriving at NYU in 2011, I found myself no longer in the minority, and began shedding some of my unconscious disdain. While studying abroad in Shanghai, I began re-learning the basics of reading and writing Mandarin. With my rebuilt connection to my culture, I was able to celebrate important holidays like Spring Festival / Lunar New Year with my family and spent every weekend with my relatives making delicious-smelling food. Following graduation, I began attending events held by Apex for Youth, bringing me closer to the Asian American community in NYC.

Today, I am extremely proud to be Chinese American and I am relieved that I no longer feel like I have to downplay certain aspects of my identity – especially as I progress in my career and aspire to be a leader.

As we wrap up AAPI month, it is important to acknowledge that there are so many countries and cultures within Asia, which makes the increased focus on the AAPI community important, but also complex. It can be difficult to speak about one’s personal experiences as it can vary so much by nuance and circumstance. I am proud to work at a firm that understands these complexities and feels strongly about celebrating everyone’s diversity – whether that is gender, ethnicity, religion, or thinking. It is great that we can be part of a work culture where we celebrate our differences, vs. just tolerating them.

Over the past month, there have been considerable efforts from our Asian American colleagues, myself included, to have our voices heard. I want to thank everyone at KKR for being so receptive and open to learning from our experiences. Internally, we talk a lot about the importance of listening and learning, and I have certainly experienced the power of that first hand. I was honored to participate in a panel discussion with my Asian American colleagues to discuss Asian American stereotypes and how those stereotypes have impacted our lives and careers. The firm has supported various Asian American nonprofits through the KKR Relief Fund, and has also shared many resources to help raise awareness and support the AAPI Community. We also had the opportunity to listen to a speaker series where our senior leadership team interviewed Asian American leaders in our community, and watch the support for The Asian American Foundation launched by our Co-President and Co-COO, Joe Bae, and other Asian American business leaders.

The many formal and informal conversations inside KKR over the course of this month highlight the countless things to be celebrated across all the cultures that make up the Asian American experience. I believe as a firm we are moving in the right direction. I am also appreciative that support for the AAPI community will not end when AAPI month ends, and trust with continued awareness and allyship, both individually and collectively, we will be able to create lasting change for the future that celebrates unity in diversity.